The world-class hiking paths of Newfoundland’s East Coast Trail extend more than 336 kilometres along North America’s easternmost coastline, linking communities from Topsail Beach, north to Cape St. Francis, then south through the City of St. John’s, all the way to Cappahayden. 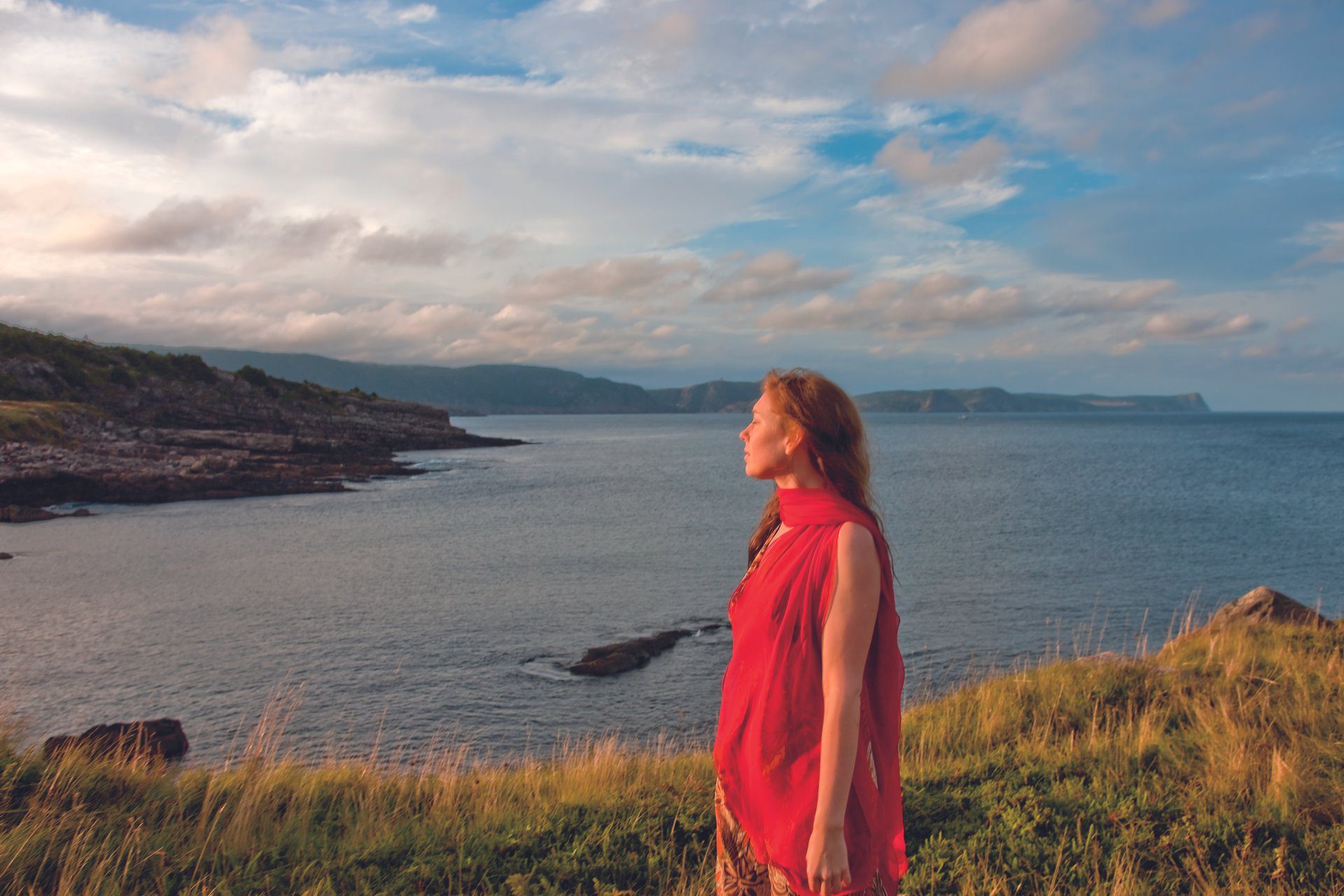 The trail connects more than 30 picturesque coastal communities, with a shoreline and wooded trail network that meanders through panoramic ocean views and spectacular natural wonders, including sea stacks, deep fjords, towering cliffs and picturesque waterfalls. It’s no wonder National Geographic named the East Coast Trail one of the 10 best adventure destinations in the world. 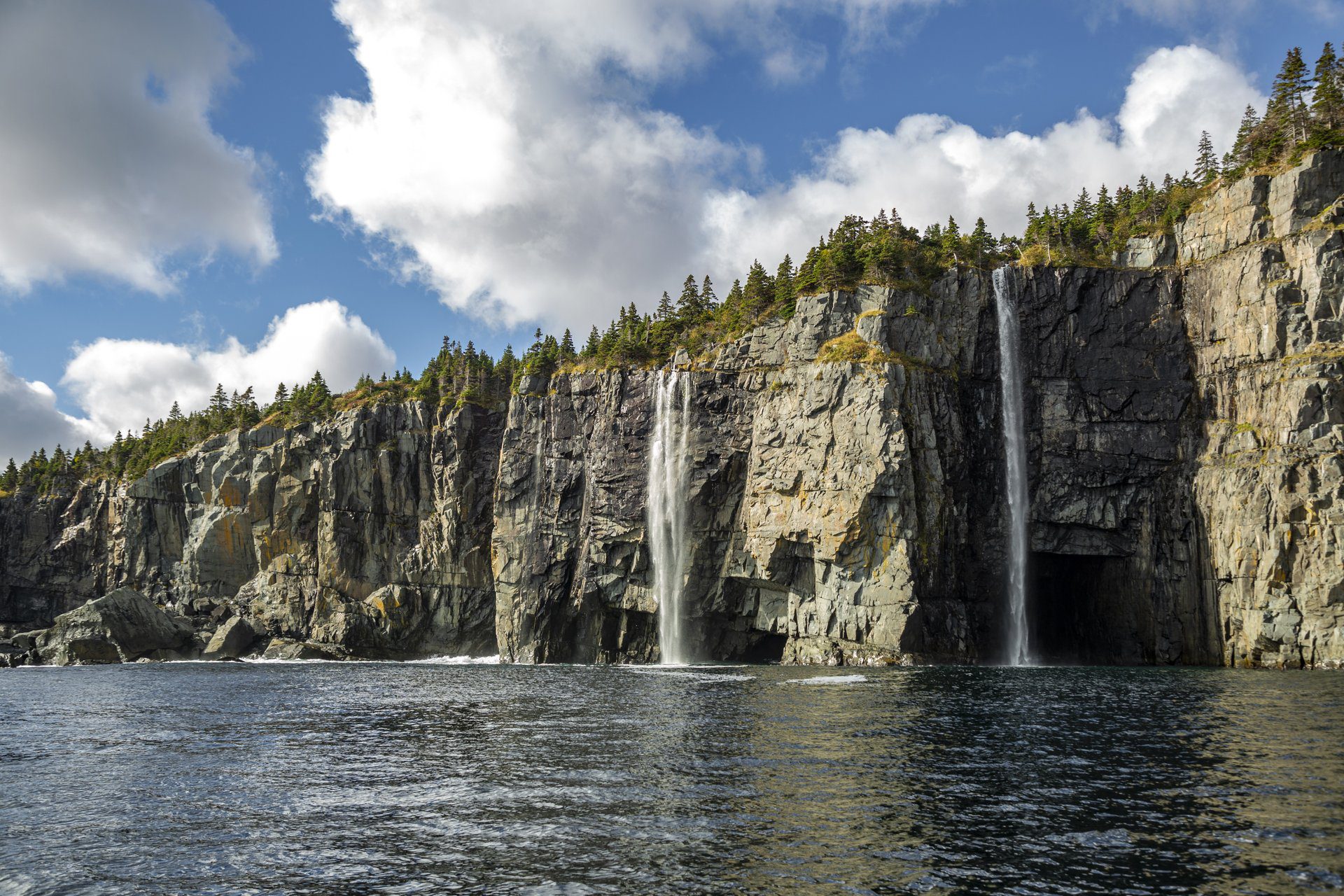 Maintained by the East Coast Trail Association, the trail also passes through several Canadian National Historic Sites, including Signal Hill, St. John’s, Cape Spear, the easternmost point in North America, and Ferryland, the site of the 17th-century Colony of Avalon.

The individual sections of the trail range in hiking time from a few hours to a full day, with designations of difficulty including easy, moderate, difficult and strenuous. 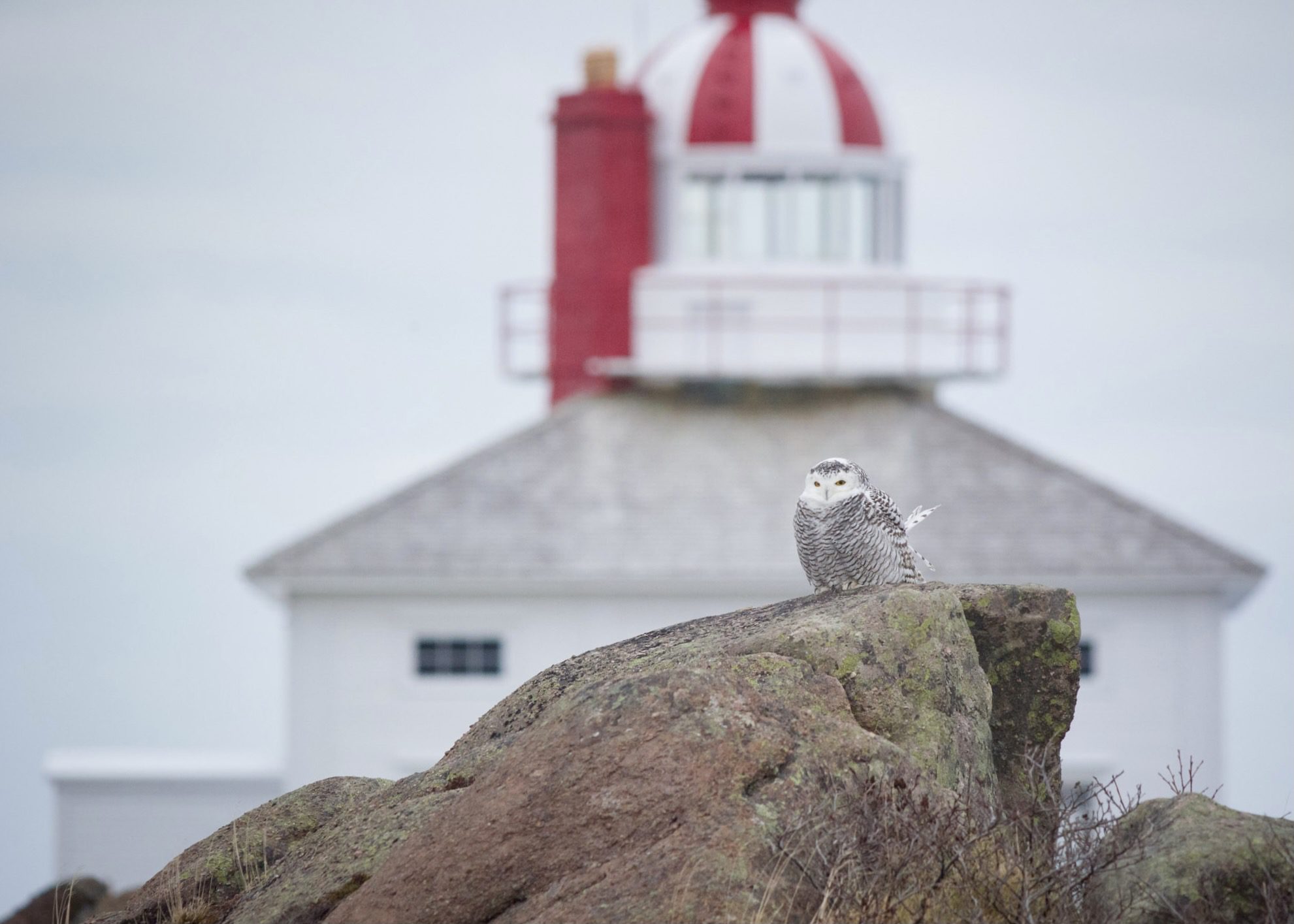 During a typical hike, you are likely to come across icebergs, whales, moose, puffins, or other marine and plant life, depending on the season, and eight historic lighthouses can also be found along the trail. 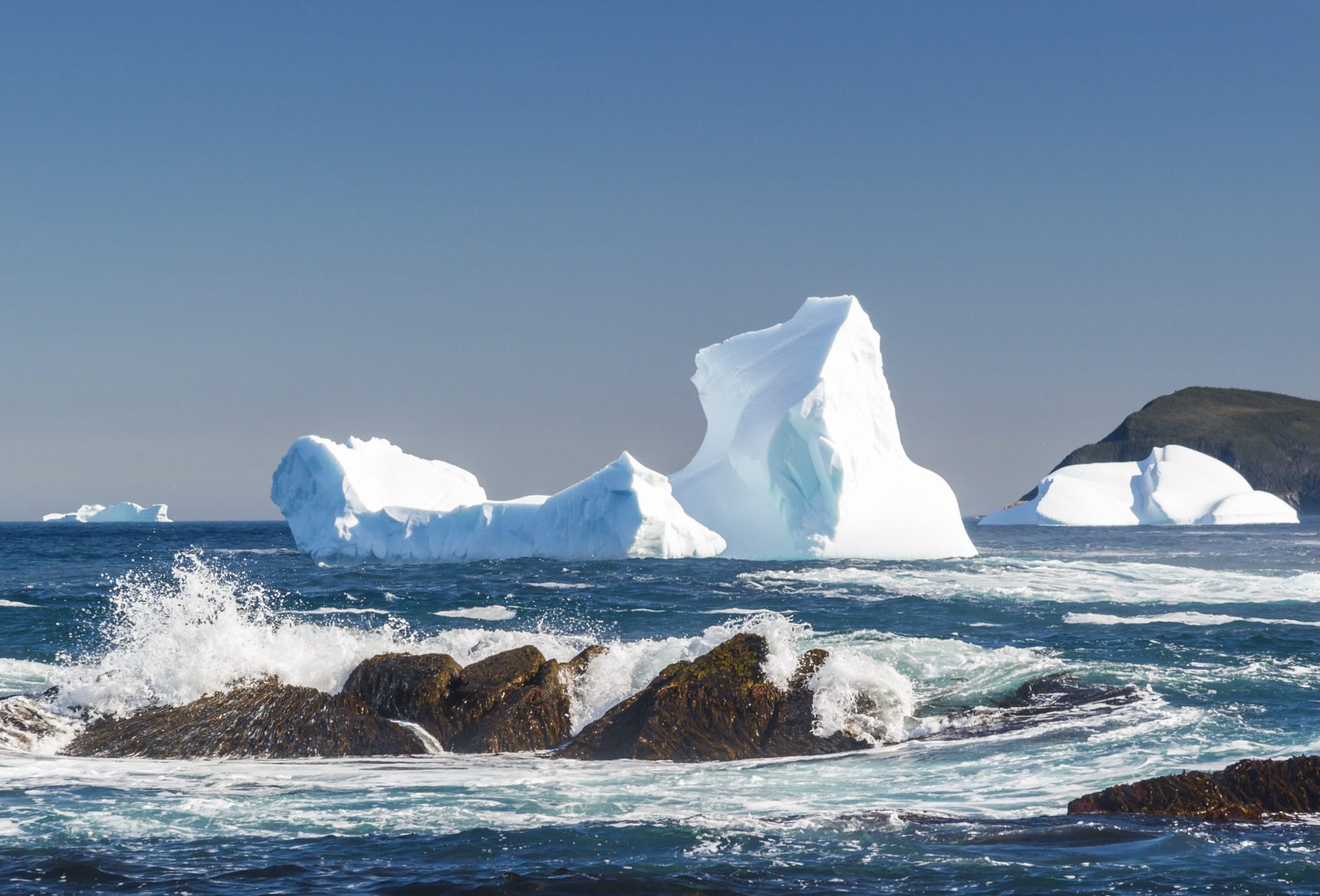 The trail is broken down into three main sections: North of St. John’s which traverses wilderness clifftop plateaus and involves many steep climbs, some requiring the use of fixed ropes; St. John’s to La Manche through long and sometimes remote sections of the Atlantic coastline; and La Manche to Cappahayden in the south, with long, narrow bays, remote headlands and outport communities sheltered in the coves that dot the area. 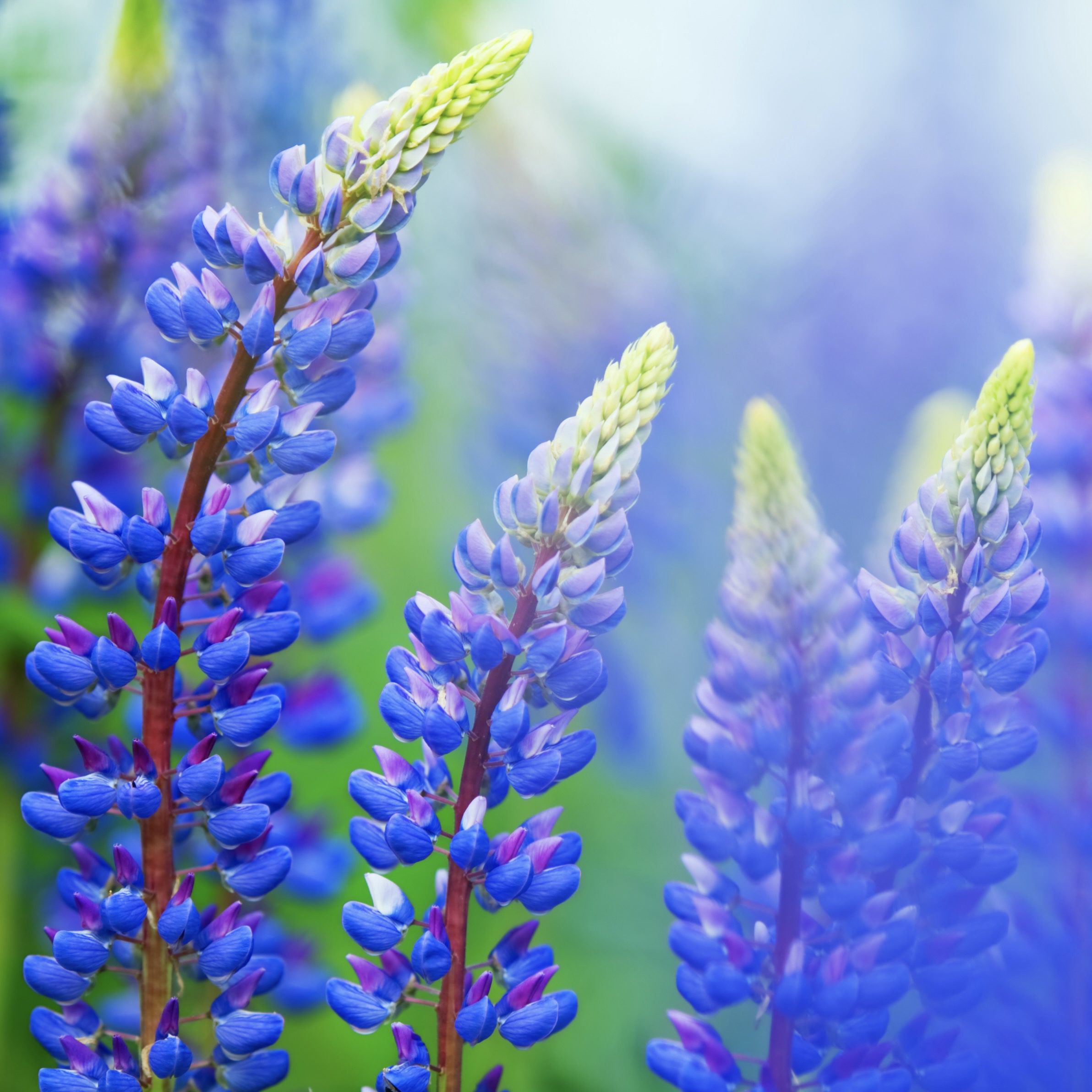 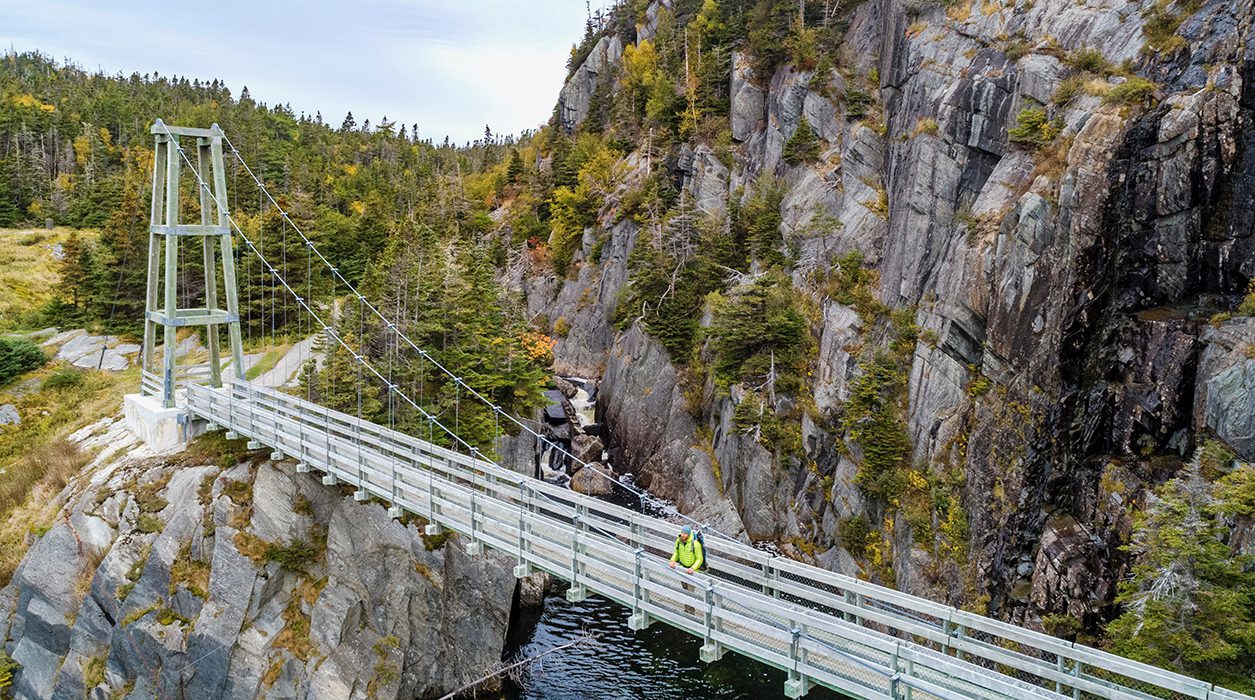 A Cappahayden to Trepassey extension is planned that will pass by Cape Race Lighthouse, a Canadian National Historic Site that received the Titanic distress call in 1912. The extension will also include Mistaken Point Ecological Reserve, a wilderness area and a UNESCO World Heritage Site. The reserve is home to the Mistaken Point Formation, which contains one of the most diverse and well-preserved collections of Precambrian fossils in the world. Ediacaran fossils discovered at this site constitute the oldest known remnants of multicellular life on Earth.

All trails are free to hike but a $25 annual East Coast Trail Association membership fee will help offset the cost of trail maintenance. For additional information, please visit eastcoasttrail.com